Home » What goes around comes around – Law Officer
Law Enforcement

What goes around comes around – Law Officer 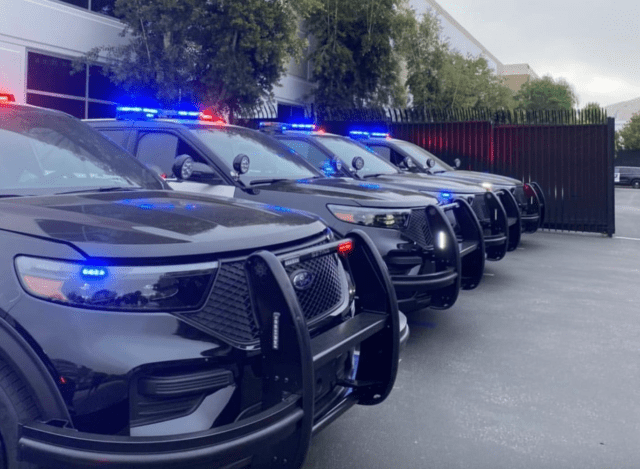 Editor’s note: This satire piece was compiled as a result of actual crime trends in San Francisco and beyond. For further review, see the article, “Catalytic converter theft strikes SF Police Department,” reported by Mission Local.

Moreover, the piece also jabs at the ridiculous nature of wokism that we are all experiencing to one degree or another. Warning: Do not read unless you have a sense of humor! If you like it, please tell us. If you despise it, please send your hate mail to [email protected]

Deep in the bowels of an ancient yet still marginally functioning police headquarters building, hidden from public view by a façade of dysfunctional courtrooms was the Office of W.O.K.E. (Working Officers Keep Evolving).

This newly established division was sponsored by the San Francisco Police Commissions Office of P.C. (police correctness) to deal with violations of official city law enforcement policies that dealt with Perceived Insults To Objecting Observers Effectiveness (P.I.T.O.O.E.) and other controversial directives.

A three-room bureaucratic dungeon, with no outside windows, and only occasionally functioning air conditioning.

Lt. Minion:   Commander, did you hear that some crooks stole multiple catalytic converters from a fleet of our marked cars parked in the SWAT parking lot?

Commander Dummkopf:  Minion, how many times have I had to counsel you about your incorrect language?  You can’t willy-nilly assume that these people are criminals, just because they were seen removing expensive devices from under police vehicles with battery powered saws-alls, under the cover of darkness, while wearing ski masks and plastic gloves until we investigate the issue.

Sgt Lackey:  Yes, Ell Tee, it could be a team of City Auto Shop Mechanics adjusting the exhaust systems of those cars to conform to the Governators new zero-emission Electric-Cars-Only edict of last week.

Lt Minion: But they cut the locks off of the gate, and spray painted out the surveillance cameras!

Senior Officer Whiskey O’Casionally: They probly didn’t have the correct keys and didn’t want to wait for the right ones. Besides, the ACLU filed a lawsuit last week about “The privacy rights of Citizens and Fascist Surveillance Cameras,” so those guys probly got a memo to disable city video cameras.

Lt. Minion: But that was a secure police-only parking lot!

Commander Dummkopf:  It’s still public property, lieutenant, even if it was surrounded by a 9-foot-high barbed wire fence. The “No Trespassing” signs were only printed in 6 languages, so we can’t assume that these people can even read.

Lt. Minion: You’d think that the Skull and Crossbones logos would solve that issue.

Commander Dummkopf:  Cultural Appropriation is a tough issue to deal with. How do we know that those signs don’t mean “Welcome Home” in some language that we don’t know about?

Clerk They/Them/Etc H.R. Pronate: Commander, I thought we had security guards assigned to city parking lots? I was told I’d be safe walking past that huge 500-hundred-person homeless encampment to my car each night. It’s where the McDonalds restaurant was before it was arsoned last month.

Sgt Lackey: The city has been recruiting homeless people to be security guards, but the drug screening requirements for new employees have been challenged by the National Lawyers Guild. They argue that being a fentanyl addict and an armed serial carjacker shouldn’t be disqualifying.  Additionally, those felony probation ankle bracelets that most of those folks are wearing keep going off when they get more than 100 yards from their city-provided tents.

Commander Dummkopf: Do none of you read the memos that P.I.T.O.O.E. puts out daily? There was a 375-page directive that was sent to your e-mail accounts just 26 minutes ago! Under the new Temporarily Unsheltered Residential Directive people who once were called “Homeless” are now referred to as Un-sheltered Getting Help Subjects.

Under the TURD directive, UGHS are to be given respect, social assistance, massively available governmental funding, and not divisive fascist labeling.

I’ll expect you all to sign off on that memo before your lunch break.

Lt. Minion: What’s on our agenda for today?

Sgt Lackey: We have to issue a position paper on the new city mandate that all off-duty police personnel must have audio and video recording devices installed in their personal homes and cars. The city feels since cops have no civil rights while on duty, that certifies they don’t have the rights afforded other citizens at home, in their cars, or anywhere else.

Sgt Lackey: Of course not Commander, or to their staff, support personnel, or members of certain equity advocacy-social justice police organizations. Basically, it’s for the rank-and-file cops who might speak out against the current city policy that guarantees no-bail releases for alleged murder and child sexual abuse subjects.

Commander Dummkopf: Did the Mayor state his opinion on this matter?

Sgt Lackey: Yes sir, and the Chief expressed her identical support for that position as well.

Lt. Minion: Commander, given our unit policy that you authored recently, in that when the mayor and the chief support a certain position we officially agree with them. Shall I cut-and-paste their arguments into our research summary, and forward it to the Police Commission PC Division as the Department’s official acceptance document, or do I need to run it by Police Legal and the Police Union first?

Commander Dummkopf: Lieutenant, I sometimes wonder at your thought processes. If we run it by Police Legal those Law School dropouts will natter away for months trying to decide what commas to place in the first 15 words. They are all over-educated paper pushers. Useless.

If we send it to the Police Union, they will insist on the obviously mistaken concept that cops have ANY constitutional rights on, or off-duty and they will launch a media campaign to fire up the law-and-order and victim’s groups.

Sgt Lackey: Commander, you know that the local one-sided media would never print anything that contradicts their editorial policy of portraying the police as sub-human racist Nazi-clones. I don’t think we have to worry about the rights of first responders being removed.

Commander Dummkopf: Good point Lackey. Let’s fire up the e-mail and FAX network to blast the Department’s acceptance of this policy into the correct progressive ears.

Clerk They/Them/Etc H.R. Pronate: Commander, have you had time to read the two latest memos from Humane Resources regarding the titles of civilians, and the modified uniform protocols?

Commander Dummkopf: Let me see: The first one mandates that Officers address people by whatever term the civilian chooses, even if there’s no way of knowing what those pronouns are in advance, while the second one allows for field personnel to modify their uniform and personal appearance to conform to their individual fashion sense, correct?

Clerk They/Them/Etc H.R. Pronate: Yes sir: the Bored (spelling correct) of Supervisors sub-committee on Employee Fashion and Recognition Themes feel as we look too “uniform” and need to represent Available Fashion Alternatives Themes. The range of colors, fabrics, and styles for accepted individual uniforms currently ranges from Midnight GOTH to Paris Summer runway couture. It’s stunning in its diversity. No more easily recognizable police officers is their stated goal. Militarism is out, high fashion is in.

Commander Dummkopf: So, the EFART and the AFAT proposals came directly to us? If so, why are we discussing this? My official policy here at WOKE is to automatically approve anything our electoral masters send down from their high offices. Mark both memos as reviewed, and approved, and make sure the press release goes out before Legal and the Police Union get wind of it this time.

Sgt Lackey: Commander, I just got a text message from the Chief’s office: She wants to see you immediately about some of the work you’ve been approving, and that there is the perception that the WOKE principles are ruining police morale and negatively impacting society as a whole.

Commander Dummkopf: Oh no!!! Someone is trying to cancel me! I’m feeling triggered by false accusations! I don’t accept their language. It’s their privilege that’s being abused! The MOB is at the door

Lackey, call Police Legal and the Police Union: I need their support.