Home » The No Surprises Act and ‘Good Faith Estimate’: What Is It and When Is It Required
Legal

The No Surprises Act and ‘Good Faith Estimate’: What Is It and When Is It Required 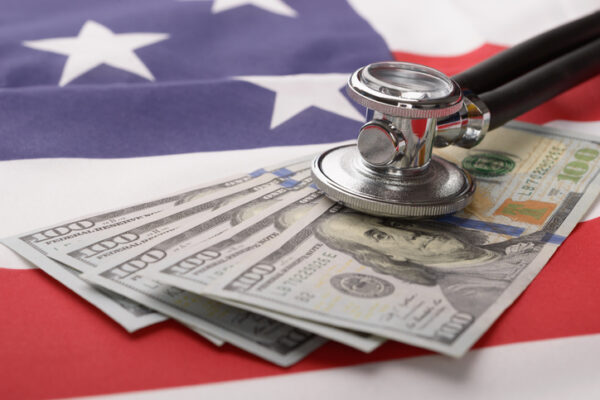 The No Surprises Act passed as part of a larger Covid relief package in December of 2020. The regulations based on the law were created by the Center for Medicare and Medicaid Services (CMS) and went into effect on January 1, 2022. The No Surprises Act, as the name implies, has one overarching goal: to reduce surprise bills after medical or surgical services.

The Act seeks to avoid surprise bills in three scenarios:

1. Emergency care from an out-of-network provider at an in-network facility

Let’s say you’re taken to the hospital in an ambulance after a bicycle accident. You get X-rays that show a broken arm. The ER doctor places you in a splint and you go home to follow up with an orthopedic surgeon.

Weeks later, you receive bills for the hospital, ER physician as well as the bill for the X-ray, the radiologist’s reading of the X-ray, and the ambulance ride. Your insurance covers the bills from the hospital, ER physician, and the X-ray because they are in your network of coverage. However, the bill from the radiologist and the ambulance service seems surprisingly high, and not covered by your insurance. That’s because, in this scenario, those services are outside your network of coverage and if you don’t have out-of-network (OON) benefits on your insurance plan, then (surprise!), you have to pay the full cost out of pocket.

Even if a patient has OON benefits, their cost sharing, i.e., the amount they’re responsible for, would be higher for the OON services. So for example, instead of a $1,500 deductible, $8,000 out-of-pocket maximum and 40 percent co-insurance for in-network services, your OON cost sharing could go up to $3,000, $16,000 and 50 percent respectively, depending on your insurance plan.

With the implementation of the No Surprises Act (NSA), out of network providers are no longer allowed to send out-of-network bills to patients in emergency situations like the example above. Instead, providers are reimbursed the qualifying payment amount or QPA which is based on several variables including the complexity of the case, whether the service is provided in a teaching institution and the median in-network rate. These in-network payment restrictions continue to be a source of ongoing legal action.

As an aside, the ambulance ride taken in the scenario above, which was also considered OON, will still be paid at the OON rate. Ground ambulance services were excluded from the No Surprises Act ostensibly because of the complexity of bureaucracy surrounding ambulances that are sometimes owned by a city or county. In other words, the government passed a bill that excluded a government entity from its own regulations. Consequently, in addition to receiving higher OON rates, ground ambulances owned by the county or city will also continue to receive tax revenue! In contrast to ground ambulance services, air ambulances which are typically private were included in the NSA.

2. Non-emergency care from an out-of-network provider

There are exceptions to the OON billing restrictions. In the case of a plastic surgeon who performs breast reconstruction or an orthopedic surgeon that performs knee replacement surgery in a non-emergent setting as an out of network provider, the surgeon can still bill at the OON rate if they 1.) receive explicit consent from the patient to bill at the higher OON rate and 2.) provide an estimate of the OON costs the patient should expect. An example of the consent and estimate the patient needs to sign can be found at NoSurprisesAct.com.

Future regulations will require the provider to submit the estimated cost to the insurance carrier who will then combine the surgeon’s fee with the hospital, anesthesiologist and any other reasonably expected fees into an Advanced Explanation of Benefits (AEOB) to be given to the patient prior to the procedure. Implementation of these total cost of care AEOB’s is delayed while the technological processes are developed.

So for now, an OON provider in a non-emergency situation is only required to give an estimate of their own services, not all associated providers’ costs, to the patient.

3. Care when the patient is uninsured or paying for services out of pocket without insurance

For patients that are uninsured or not using their insurance and choosing to pay out of pocket, providers are required to give a patient an estimate of all reasonably expected costs ahead of time, referred to as the Good Faith Estimate (GFE). This is different than the AEOB described above since insurance is not involved.

The GFE must have various CMS-mandated elements included in it. Aside from basic demographic information and all expected costs of the planned services to be rendered (physician fee, anesthesia fee, OR fee, ancillary fees), the estimate is required to have ICD-10 codes (e.g., Z41.1–Encounter for cosmetic surgery), CPT codes (leave blank if there’s no corresponding CPT code for a procedure), NPI and EIN numbers, and CMS specific verbiage that explains the dispute resolution process if their actual costs vary from the estimated costs by greater than $400. An example of a Good Faith Estimate can also be found at NoSurprisesAct.com.

However, in the case of any provider that offers cash-pay surgical services, including aesthetic providers, the operating room and anesthesia fees are typically based on time and the surgeon has access to those fee schedules. So even if the implementation of the convening provider regulations are delayed, this is still feasible for the provider to implement now, resulting in increased patient satisfaction.

Are aesthetic services really included in the No Surprises Act?

While there’s no evidence that aesthetics was on the radar of Congress or the Center for Medicare and Medicaid Services (CMS) when drafting or writing the regulations associated with the No Surprises Act, they appear to be included at this time.

However, a liberal reading of the regulation suggests “self-pay” refers to the uninsured, those forgoing insurance, and also patients who pay out of pocket for services not covered by insurance, as in the case of cosmetic procedures. In other words, “self pay” is the same as “paying themselves.” An analogous conflation of phrases would be the suggestion that “ride sharing” is equivalent to “sharing a ride,” which it is not.

While CMS may clarify the aesthetics issue in the future, there are several requirements that appear to be clear and apply to everyone. These include the posting of notices at the front desk and on the homepage of the practice’s website that alert the patient to their protections against surprise bills and the right to request and receive a Good Faith Estimate

When is a Good Faith Estimate needed?

In summary, a Good Faith Estimate, with all of the requisite CMS-mandated language and elements, must be provided upon request and no later than 3 days prior to a procedure, in two broad circumstances:

With each update, CMS provides guidance on various aspects of the GFE and when it is required. Most instances are self-evident based on these updates. However, since aesthetics is never specifically mentioned in any updates (nor in the original Act or regulations), we are forced to extrapolate how the law applies to the self-pay aesthetic space.

For example, are you required to give someone a Good Faith Estimate for a neurotoxin (Botox) visit? An update from CMS on April 6th offers insight. When it comes to a walk-in, same day lab service, a GFE is not required. It stands to reason that a walk-in neurotoxin or filler appointment also does not require a GFE.

The update goes on to clarify that any scheduled repeat treatments such as physical therapy or counseling sessions do require a GFE – one GFE to cover all sessions in a year, rather than one GFE for each session. This suggests that a GFE would be required for any memberships/subscriptions an aesthetic provider offers, or, for example, scheduled sessions for laser hair removal.

The end goal of the NSA and other Trump-era price transparency rules is clear. It is to remove the veil of price opacity from the health care sector and treat it like every other segment of the economy so consumers will know their personal financial responsibility before receiving any good, service or treatment.

Make no mistake, these rules are here to stay. Providers should view the No Surprises Act as an opportunity, not a burden. Compliance helps avoid a $10,000 per violation penalty and has the added benefit of gaining a patient’s trust and loyalty as a price transparent provider.