The Mudslide of Expectations – Law Officer 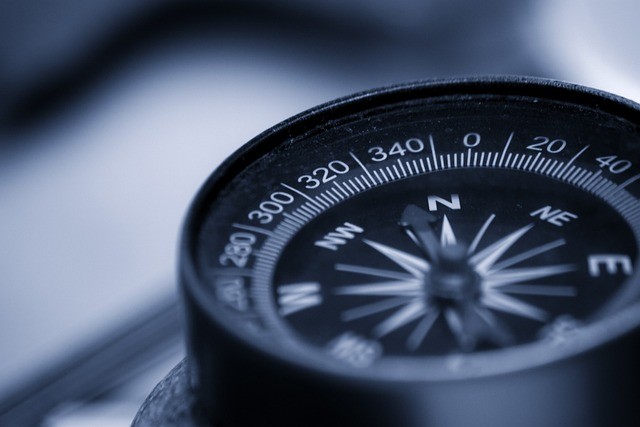 I’m not sure when it happened. But at some point over 20 years I became the person I both looked up to and simultaneously complained about when I first started. I recognize I am not alone feeling this way, but I would submit you probably don’t get to that point until you’ve had at least as much road in your rearview mirror traveled that you now have in front of your windshield on the job.

And this presents an interesting topic for conversation, which I believe has been sorely misrepresented in our profession. That would, of course, be the topic of expectations. And not just the fact that policing expectations exist, but the very real problem that is put on every rank in the department from the agency head on down that have to operate as if managing expectations is tied lockstep almost exclusively in discussions on crisis management. For example, in years past the hiring standards within the immediate area of where I practice my craft at one point not only allowed for, but actively solicited, people to apply if they “just” had misdemeanor warrants which were active for their arrest. You heard right. This included misdemeanor warrants for some “low level“ drug offenses as well. In another example, population growth in the immediate area, married with an adverse political climate fueled by economic instability generated what we all have lived through in the recent past labeled as a “staffing crisis.” I was told directly by my agency head this was the primary concern a few years back. He not wrong, but I promise that he was not alone in making that statement. Even as agencies rebound in that arena new crisis hotspots arise. We are seeing things in the law-enforcement culture which have never been experienced before. We have the most highly educated, technologically-savvy, rookie applicants that have ever applied. At the same time, we have the general public having access to both send and receive information 24-hours a day almost instantaneously.

From the beginning of my career to where we are today, the thread that has connected these crisis events and rebounds have been grounded through the application of expectations. If you’ve been on over 20 years, you can remember being told by your sergeant during briefing to go out and make arrests because bad guys had to go to jail. Yeah, you were going to stop and frisk everybody under reasonable suspicion because it was that kind of specific application of broken window policing that was expected and rewarded. Then we had a shift in the political climate around 2008, and that type of policing no longer met the expectations. In fact, that was the time that gave prominence to our role as a guardians equally, if not more so, than warriors in society. Our expectations were to meet people where they were at, look to serve their needs, and to provide a veil of safety in their world. And that wasn’t a bad thing. However, as the expectations shifted from hard target policing to empathic societal management, the police officers were behind the curve in their tools, technology, and training. Therefore, the recruiting and hiring practices identified a different band of society to take up the shield and gun.

Fast forward again to events beginning in 2012 through 2020, and you can you see a different set of expectations emerge again. From the events occurring in Florida in 2012 with Trayvon Martin to Ferguson’s eruption, a slew of cultural events happened involving the police that fundamentally reshaped the expectations of every police officer from agency head to the Day-one rookie officer. And with every change of expectations our police culture has turned more inward as a survival and defense mechanism more than anything else.

In our current times, there is a renewed sense that the tired frustrations of the past can be overcome through courageous leadership principles not just talked about but put into action. The millennials that entered the workforce years ago are now the supervisors in charge of recruiting and retention. The public has started to recognize that defunding the guardians that Plato wrote “hold together the fabric of democracy” was both unwise and unsustainable. People that need help are opening themselves up in a vulnerable and transparent way and conversations about law-enforcement suicide, mental health difficulties, and the very real physical problems associated with wearing 20 to 50 pounds of gear 40 hours a week over 20 years are occurring.

Expectations are not just one-sided anymore. Our employees and our staff both put expectations on each other for performance and survivability. This has reached out to the criminals as well. Not a shift goes by as a supervisor where I don’t have to respond to a situation where an officer acted in accordance to the policy and training of the department, only to be criticized by the arrested person for the manner in which the law was applied and the arrest occurred. The expectations seem to dictate an Oliver Twist hat-in-hand response to protecting and serving, while the metric for demonstrating success focuses on performance standards qualified through reports taken and arrests made.

Here is my challenge: reset the expectations starting tomorrow with every interaction you have with your officers, every contact you make with a citizen, and every conversation you have with your family. Make the premise of your persona gratitude. When your shift is over, go home to your family. Be willing to buy a complete stranger lunch because he is hungry. The expectations of law-enforcement have always been to stand in the gap between good and evil. Historically, those warriors were the guardians. Those guardians were the protectors. And the expectations were that the rest of us would sleep soundly, knowing that able-bodied men and women held a line as protectors when we couldn’t on our own.

Take the opportunity to say thank you to your troops as they start their shift instead of explaining how they’re going to be covering a different district because of a “staffing crisis.“ Encourage personnel to take time with people on every call because lives changed through law-enforcement interactions can’t be measured by the number of reports taken per shift. Lead from the front through the example of both your words and your actions. Institutional courage is rarely celebrated because it is rarely seen.

Change the expectations you have of yourself, your employees, and of the citizens that you took a God-honoring oath to the Constitution of our country and your state to serve and protect, and watch the acceleration of our police culture into the next generation of leadership.