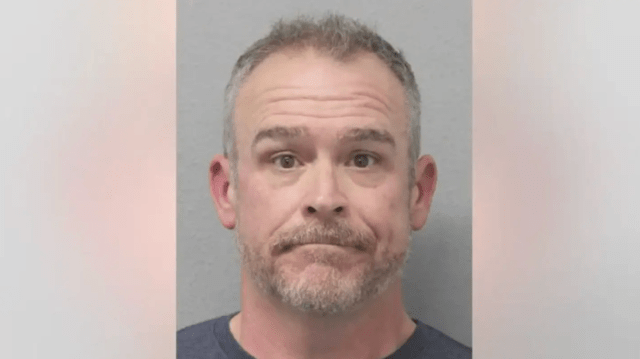 HARRIS COUNTY, Texas – A man in Harris County has been charged after he reportedly used a hidden camera in a bathroom ceiling to secretly record his neighbor taking showers. The perpetrator in Texas was also seen on video pleasuring himself, according to reports.

Brian Burnette, 48, was arrested last week. He is charged with invasive video recording after his female neighbor discovered several holes in the ceiling of the bathroom in her townhome in December, according to court records, KRIV-TV reported.

Investigators with the Harris County Sheriff’s Office said she told a friend about the holes. As a result, he entered the attic space above her bathroom and discovered a camera wedged into one of the openings. The camera in the ceiling above the shower in the bathroom also had a power supply attached to it.

The woman’s friend located an SD card in the camera. When he put the card in his phone, there were multiple videos of the woman nude and showering.

The suspect had apparently accessed the crawl space above the woman’s bathroom by knocking out drywall in the attic that separated the units.

Following his arrest, Burnette posted $5,000 bond and was released, although he was due back in court earlier this week. In the interim, he is prohibited from contacting the victim or returning to the home.

The woman lived in a townhome in the 5500 block of Strack Road in December 2022 when the crimes occurred, but has since moved out. Residents in the area said they’re creeped out by the voyeuristic crime, KHOU 13 reported.

“We had no idea that had even happened in this neighborhood. So this is all news to us,” a person who recently moved into the neighborhood and didn’t want to be identified, said. “Was this person watching? Were they selling videos? Were they recording people? Don’t know. All of those things possibly could be happening.”

“It’s pretty scary. It’s disgusting. To be in that person’s position, know that was happening to them. The feeling, I’m sure, is pretty wretched to think that somebody was doing that to you,” the neighbor said.