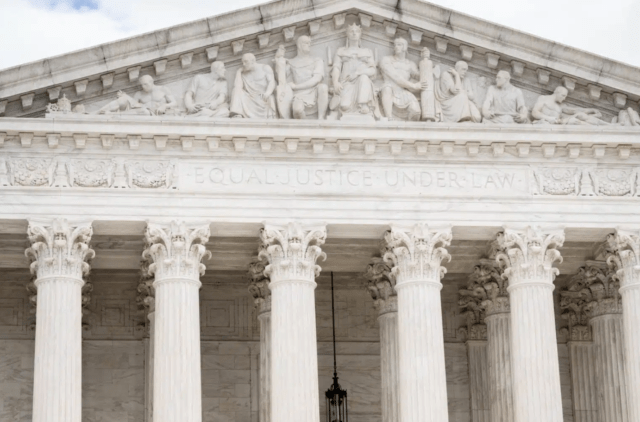 (The Daily Signal) — The United States Supreme Court announced in an investigative report on Thursday that it has not yet found the leaker of the draft opinion indicating that Roe v. Wade would be overturned.

Authorities investigating the leak have, to date, “been unable to identify a person responsible by a preponderance of the evidence,” the report says.

“In May 2022, this Court suffered one of the worst breaches of trust in its history: the leak of a draft opinion,” the report states. “The leak was no mere misguided attempt at protest. It was a grave assault on the judicial process. To meet our obligations as judges, we accept submissions from parties and amici, we engage advocates at oral argument, and we publish explanations of our final decisions. All of this we do in the open.”

“Along the way, though, it is essential that we deliberate with one another candidly and in confidence,” the report continues. “That phase of the judicial process affords us an opportunity to hone initial thoughts, reconsider views, persuade one another, and work collaboratively to strengthen our collective judgment.”

The Supreme Court Marshal reports that “[i]nvestigators continue to review and process some electronic data that has been collected and a few other inquiries remain pending,” according to the report, which notes that “to the extent that additional investigation yields new evidence or leads, the investigators will pursue them.”

The unprecedented leak sparked protests throughout the country, attacks on scores of pro-life centers and faith-based institutions nationwide, and even an assassination attempt on Supreme Court Justice Brett Kavanaugh.

Justice Samuel Alito said that the leak made the justices “targets for assassination.”

“It was a shock because nothing like that had happened in the past,” Alito said of the leak during an event at the Heritage Foundation in October. “So it certainly changed the atmosphere at the court for the remainder of last term. The leak also made those of us who were thought to be in the majority, in support of overruling Roe and Casey, targets for assassination because it gave people a rational reason to think they could prevent that from happening by killing one of us.”

Judicial Crisis Network President Carrie Severino slammed Chief Justice John Roberts on Thursday over the news, saying that “the report reflects the Chief Justice’s utter failure in the administrative aspect in his role.”

“The inadequate security measures detailed created the environment that allowed the leaker to believe he or she could intimidate the Court into changing course in the Dobbs case,” Severino continued. “Even more, the leak could have resulted in Justice Kavanaugh’s assassination. During his tenure, the Chief Justice has been willing to contort the law for the sake of his public image, yet his failure to control the institution he oversees is what people will remember most.”

About the author: Mary Margaret Olohan is a reporter for The Daily Signal.