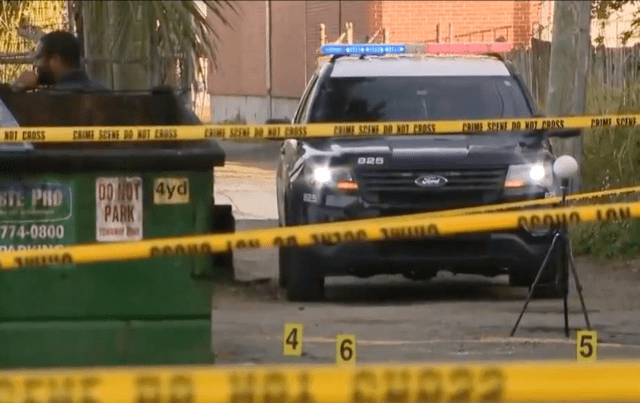 SANFORD, Fla. – A carjacking suspect who knocked a female employee of a Florida bar to the ground in an attempt to forcefully steal her vehicle early Thursday was fatally shot by the woman’s boyfriend as he was waiting for her to get off work, according to police.

Investigators with the Sanford Police Department reviewed video surveillance footage from the area. They discovered the perpetrator had been lying in wait inside a porta-potty that was located near the employee’s SUV and aggressively attacked the woman as she prepared to get into her vehicle.

“A man had been waiting in the outhouse for a few hours and come around and had grabbed her and had her on the ground, choking her and beating her in the head,” Al Moon, a tavern customer said.

Authorities said the employee’s boyfriend was present to make sure she got home safely once her shift was over. He witnessed the attack, retrieved his firearm, and neutralized the attacker.

The victim’s father said his daughter works as a bartender at the tavern. He said she is a fighter, and sustained a lot of bruising as a result of the attack, but will be all right. He was grateful that her boyfriend was present, FOX 35 reported.

“Thank God her boyfriend is a special ops guy and came out and saved her life,” Moon said.

Investigators are working to identify the suspect. “That’s shocking. From what I understand he’s never come around here,” Moon said.

Police did not release the identity of the boyfriend. They said he is not facing any charges at this time.

Anyone with information about the attempted carjacking and subsequent shooting is asked to contact authorities at 800 423-TIPS (8477) or visit www.crimeline.org.