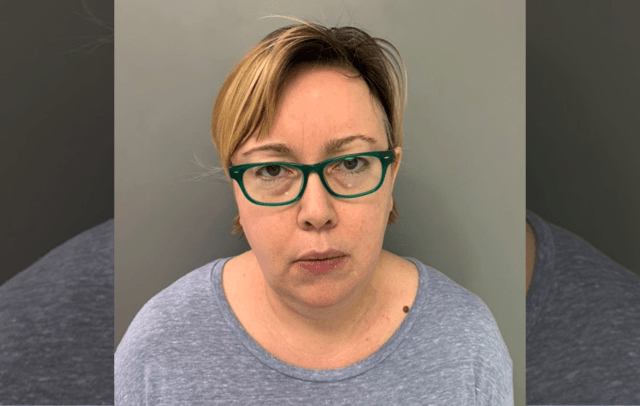 MONTGOMERY COUNTY, Pa. – A Pennsylvania woman has been taken into custody after reportedly shooting her elderly parents in the head and using a chainsaw to dismember their bodies, according to reports.

According to the autopsy, the couple, both in their 70s, were each shot once in the head at close range in addition to dismemberment.

Steel noted, “We hope and pray that that happened first,” making reference to the gunshot wounds since the pain that would have been experienced by the chainsaw is unfathomable.

Verity’s brother called for police to conduct a welfare check at the couple’s home on Beverly Road in Jenkintown at about 10:30 p.m. on Tuesday. Family members said they had not heard the couple’s voices since Jan. 7.

As responding officers entered the residence, they detected the overpowering stench of decomposing bodies and immediately found Reid, who was “wrapped in a white sheet and comforter.”

“They were also unfortunately able to see that there was evidence of Miriam in the house also, and she was deceased,” Steele said.

“There were signs of extreme trauma, and I’ll tell you that the chainsaw was found. And both Reid and Miriam were found in different stages of dismemberment.”

Verity lived in the residence with her mother and father. She reportedly used the chainsaw to chop them up and placed their body parts in trash bags before disposing of them in two different trash cans, the New York Post reported.

Verity’s brother stopped by the home and observed what appeared to be a body hidden beneath a blanket. He urged his sister to call police. However, the accused killer told him things at the home had “been bad,” and she told him she needed “more time.” As a result, he left the house and called 911, according to the criminal complaint obtained by ABC 6.

The murders are believed to have taken place on January 7. For a week prior, the brother had been texting who he believed to be his parents, but in reality, it was Verity using their phones.

“Their voices were last heard by a family member on the 7th of January,” Steele said, “so we believe that they may have been decomposing during that time.”

Although Steele could not share a motive for the grisly crimes, he said there was evidence that Verity tried to break into a safe inside the home since it had drill marks, suggesting someone tried to defeat it.