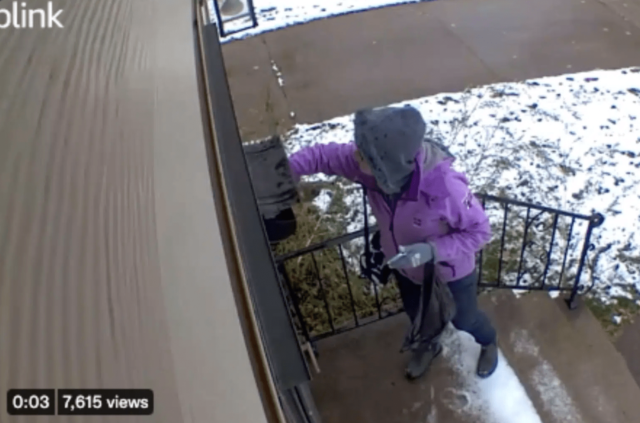 ST. LOUIS COUNTY, Minn. – A woman charged with stealing Republican literature from the mailbox of a home in St. Louis County has struck a plea deal with the state admitting her guilt, a move that will allow her to get off largely unpunished.

On Saturday, Oct. 15, 2022, DFL volunteer 61-year-old Lisa Fitzpatrick was caught removing a pamphlet of U.S. Rep. Pete Stauber at a residence. She inserted in its place a flyer for Minnesota State Senate candidate Ben Denucci.

The offense — which was captured on the home’s video surveillance camera — was a violation of federal law, and carries with it a maximum of three years in jail and a $5,000 fine, or both.

Lisa Fitzpatrick has been caught stealing @PeteStauber material from mailboxes. She is a Director at UMD and is facing potential Felony charges.

Take a guess at which co-worker of hers is running for political office?@RepJenSchultz. Who is running against Stauber! pic.twitter.com/Eqdg9QRXw6

Republicans denounced Fitzpatrick’s unethical tactics at the time, as did Denucci, who eventually lost to Republican Robert Farnsworth 53-46% for the 7th district’s seat. Stauber ended up winning his re-election bid by a 56-43% margin against Jennifer Schultz.

In court documents, Fitzpatrick admitted she is guilty of the crime. She and her lawyer entered a plea deal that allows her to pay a “nominal” fine and serve two years of unsupervised probation.

“The State agrees that adjudication shall be stayed for two years of unsupervised probation conditioned on no same or similar offenses, remaining law abiding, and having no contact with the victim,” the document reads.

Fitzpatrick is scheduled to appear in court on Feb. 2 for sentencing.

About the author: Stephen Kokx, M.A., is a journalist for LifeSiteNews. He previously worked for the Archdiocese of Chicago under the late Francis Cardinal George. A former community college instructor, Stephen has written and spoken extensively about Catholic social teaching and politics. His essays have appeared in such outlets as Catholic Family News and CatholicVote.org.