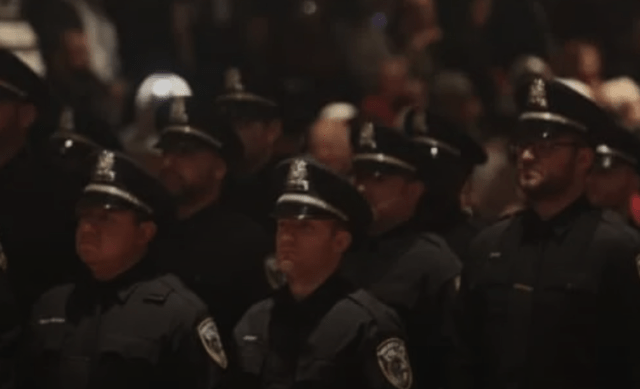 MILWAUKEE – The Milwaukee Police Association is criticizing the canceling of a police pursuit into suspects who shot at officers from a stolen car, saying it “cannot become the norm.”

The MPA wrote an open letter on Monday, January 9th, 2023, in the wake of Wisconsin Right Now’s exclusive report that revealed the canceled pursuit.

“Every officer signed up for this job because they wanted to make a difference in people’s lives, when they are not given the resources to make that difference it is demoralizing and soul crushing,” MPA President Andrew Wagner wrote.

According to Milwaukee Police, on Friday, January 6, 2023, at approximately 2:42 a.m., while in the 3100 block of N. Sherman Boulevard, Milwaukee officers observed a vehicle in a park that drove off at a high rate of speed as the squad approached.

The vehicle continued to drive recklessly and officers attempted to make stop the vehicle. The driver refused to stop and a vehicle pursuit ensued, the police statement reads. The MPD confirmed, “The pursuit ended when it was terminated by a supervisor.”

During the pursuit, the occupants of the stolen vehicle fired several shots at officers in the area of N. 100th Street and W. Capitol Drive., the police statement says.

The vehicle, which was stolen out of West Bend was later found unoccupied in Milwaukee, according to the police statement.

Here is the full letter from the Milwaukee Police Association:

Today as we Recognize Law Enforcement Appreciation Day, we look at the struggle our officers continue to face on a day-to-day basis.

Just last week our officers were faced with a violent criminal who decided to fire at them while they were pursuing him in a stolen vehicle. The officer’s actions that day were heroic. The officers were willing to put their lives at risk to prevent this active shooter from continuing his actions against the police and the public. Unfortunately, the pursuit was canceled, this cannot become the norm. The lives of our officers and citizens will be put in much greater danger if these types of actions are not immediately addressed. There are certain situations such as active shooters, that create so much danger to the public that police have no other choice but to continue to pursue and take these violent criminals into custody.

These are not uncommon incidents. Our officers are responding to an all-time high of calls for service while our sworn strength is at the lowest it has been in two decades. The sacrifices our officers are making on their mind, body and spirit is unfathomable. The term “burn out” is real and our officer’s morale is not just low it is abysmal. We are seeing resignations out pace retirements something I have not seen in my over 25-year career. Through it all our officers have remained professional and put their duty of service above their own personal needs. They are begging for help though, they see the effect that crime has on the 99.99 percent of the hard-working honorable citizens of Milwaukee. Every officer signed up for this job because they wanted to make a difference in people’s lives, when they are not given the resources to make that difference it is demoralizing and soul crushing.

On Law Enforcement Appreciation Day, I ask for your help so we can better help you. Saying thank you to a police officer is appreciated, but what we really need is your voice. We need you to tell your message to an elected official, demand that this narrative change, tell them about what you have witnessed in your neighborhood, and tell them you will hold them accountable (at the ballot box) if they refuse to deliver the resources needed to address the rising crime rate.

Jim Piwowarczyk is an investigative journalist and co-founder of Wisconsin Right Now. Married with 3 kids, a chocolate lab, and a german shepherd. Jim served as a police officer in Wisconsin for more than 20 years. His career started as a police officer in Milwaukee County in 1994 as a patrol officer, until he was promoted to patrol sergeant in 2003 where he worked until he left in 2009 to pursue business aspirations. Jim Piwowarczyk was a field training officer, evidence technician & hostage negotiator and conducted many drug investigations. Jim continued to work part-time for an area police department. Jim is avid real estate investor, and small business owner & developer. Jim has coached youth football and basketball. Jim is also an avid fisherman and hunter.