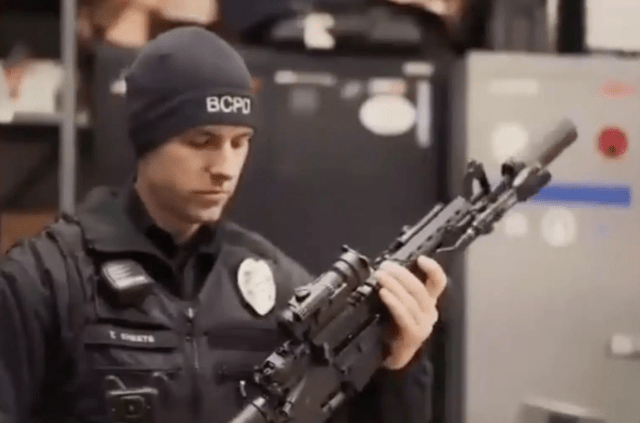 BROOKLYN CENTER, Minn. – The Brooklyn Center Police Department has removed a recruitment video from its website and social media pages after criticism from left-wing activist groups.

Last Tuesday a coalition of ten leftist organizations with a focus on racial issues — e.g., Black Lives Matter, the Minneapolis NAACP, and Communities United Against Police Brutality, among others — issued a press release demanding that Brooklyn Center officials publicly condemn the video and fire the officers involved in its creation.

“This video outraged people because it portrayed racist and militaristic policing in a manner designed to recruit certain types of individuals,” the release reads. “This video exemplifies the culture problems within the Brooklyn Center police department, a department that has killed seven community members since 2012; all were people of color.”

The video, featuring a dramatic musical build-up, shows police officers getting ready to go on duty and then responding to a call in which they arrest a suspect.

“Professionalism. Accountability. Passion. Trust. This is Brooklyn Center,” a narrator interjects as footage shows an officer getting into a squad car. “It’s challenging. There will be hard days. Nobody said it would be easy to protect this community, your community. Will you answer the call?”

Posting a copy of the recruitment video to its Facebook page on Dec. 29, Communities United Against Police Brutality called the video “hyper-militarized” and suggested it would attract individuals who would make for bad officers.

“Brooklyn Center is the most diverse community in Minnesota but you would never know if from looking at the cops in this video,” the group added.

Despite the police department scrubbing the video from its website and social media pages, activists protested outside Brooklyn Center City Hall and then took part in the public comment portion of the City Council meeting on Monday evening.

The mother of Daunte Wright, the 20-year-old mistakenly shot and killed in April 2021, is among those speaking out against the recruitment video.

“My concern is that it’s going to attract policing that we don’t need in our community,” Katie Wright told Fox 9. “It was very aggressive, hostile. It was not community-oriented. There was nothing that had to do with community.”

“It set us ten steps back from what we’re accomplishing and trying to accomplish as a community in Brooklyn Center,” she added.

After the video’s removal, Police Chief Kellace McDaniel said it did not “represent the full breadth of community policing by the city of Brooklyn Center officers, nor our community engagement efforts.”

“We must have a recruitment resource that demonstrates police collaborating with city leaders and the community to protect and promote the safety and well-being of residents and visitors across the city,” he told the Sun Post.