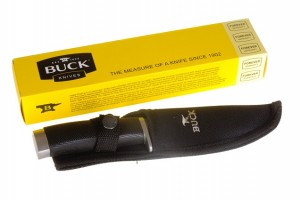 Washington attorney Lee Rousso was arrested for stabbing another lawyer on December 13, 2022. According to authorities, the motivation for the attack spans years — to a grudge Rousso nursed for almost a decade. Rousso self-published a book in 2021 that detailed violent fantasies about a group of seven attorneys and judges — including the stabbing victim — who he called the “Bar Card Lynch Mob.”

Senior Deputy Prosecutor Gary Ernsdorff wrote in court documents that the attorneys and judges that were the focus of Rousso’s ire were “targeted as a result of their work in the criminal justice system, have watched with significant concern as the defendant’s anger has increased, rather than dissipated, with the passage of time.” And the details Rousso included in his book are also used in the charging documents, “His rage covers all seven but is primarily focused on the victim in this case.”

Excerpts from Rousso’s book are also included in the court document, and quote Rousso’s certainty he is capable of getting away with murdering the stabbing victim. In the book, Rousso also expressed his desire to disfigure a female attorney he also considered part of the “Bar Card Lynch Mob.”

So, what *is* behind Rousso’s rage? As reported by the Seattle Times:

Roughly 10 years earlier, while representing a man appealing a criminal conviction, the attorney discovered that Rousso, the man’s trial attorney, hadn’t reviewed some evidence in the original case, according to the charges. As a result, the attorney claimed Rousso had provided ineffective counsel, the charges say.

Rousso later sued the attorney and another lawyer involved in the appeals case for defamation, claiming they had ruined his reputation, according to the charges. The defamation case was later dismissed, and Rousso was ordered to pay the other attorneys’ legal fees.

Ultimately, Rousso’s law license was suspended and he shuttered his practice.

The stabbing victim, a 64-year-old criminal defense attorney in Seattle, was attacked in front of his home after driving home from his law office.

As the attorney walked to his house, he felt a blow to his back, yelled for help, and watched the man he had seen get back into his car and drive away, the charges say.

The attorney — who was able to provide the first three letters of the car’s license plate number — realized he had been stabbed after he felt liquid on his back, removed the backpack he was wearing and saw a “Rambo-like” knife on the ground, according to the charges. While at Harborview Medical Center, the attorney told police he suspected his assailant may have been Rousso, the charges say.

After the incident, the victim contacted the female attorney Rousso wrote about disfiguring. She and her husband reported to police seeing a suspicious car matching the description of Rousso’s in the days leading up to the attack. And so the case against Rousso started to be put together.

Witness interviews, cellphone records, employment records from Rousso’s previous work as an Uber driver, and purchases made on his state-issued electronic benefits transfer card placed him near both attorneys’ houses and helped police build a criminal case against him, according to the charges.

After the attack, Rousso fled to California, where he was arrested.