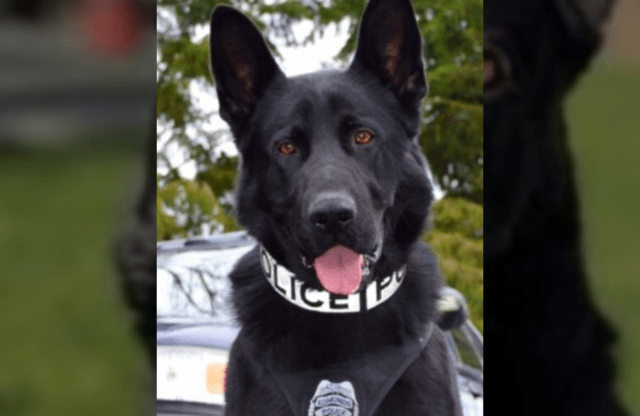 EDMONDS, Wash. – After nearly 10 years of service with 166 apprehensions to his credit, K9 Hobbs has earned the right to slow down and retire. His final day of service with the Edmonds Police Department will be Thursday, MyNorthwest reported.

K9 Hobbs and handler Sgt. Jason Robinson have spent nearly a decade together and have been deployed 520 times during their partnership. The 11-year-old police service dog (PSD) has apprehended 166 suspects and located 113 items of evidence, according to the Edmonds Police Department.

“Hobbs, eleven, came to Edmonds PD in September 2013 from Germany. He was partnered with then Officer Robinson, and they achieved their initial certification in December of that year,” Edmonds Police said on Facebook. “The team also achieved Master-level certification multiple times during their tenure. Hobbs was an asset to law enforcement all over Snohomish and north King Counties, fearlessly pursuing suspects who fled into the community. One of his many career highlights was the 2017 apprehension of two armed subjects who had committed a take-over robbery of a business in Mountlake Terrace. Hobbs and Robinson searched for multiple hours in a driving rainstorm, refusing to quit until the suspects were apprehended. Hobbs was also a regular at public events and did countless demonstrations for schools and the community.”

K9 handlers have special relationships with their four-legged partners. Sgt. Robinson shared some thoughts as Hobbs’ crime-fighting career comes to an end.

“He has taken care of me for years, and now it is my turn to take care of him as he gets to be just a dog.” he said, “Like most former K9 handlers, I am sure I will roam the PD halls telling glory stories of our over 500 deployments gone by.”

Hobbs will enjoy his golden years living with Sgt. Robinson and his family.