It’s Time To Apologize for the Apologies – Law Officer 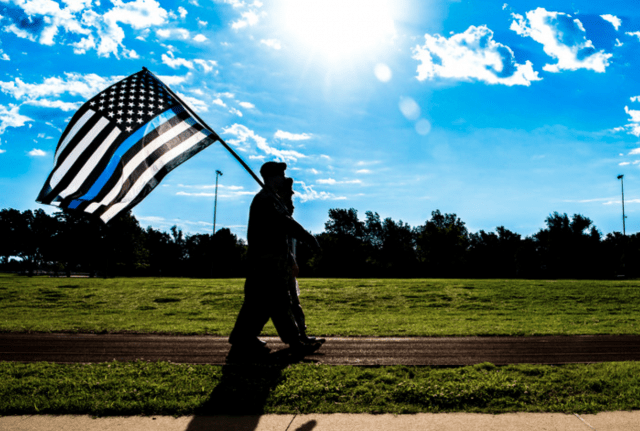 In the latest act of cowardice regarding the Thin Blue Line flag, police chief Virgil Green apologized for his failure to prevent “unwarranted controversy.” Amazingly, he also claimed to now have the magical powers to predict the future. After all, he insisted that his department “will use images that do not bring unwarranted controversy between the police and the public.”

Obviously, Chief Green and other cowardly police “leaders” have failed to realize how predicting what images may or may not offend the public is impossible. If for no other reason, it is simply impossible because he’s allowing others to misinterpret his intentions. Chief Green, nor anybody else for that matter, cannot possibly predict how others will manipulate what images, signs, and symbols mean in the future.

Granted, when it comes to the Thin Blue Line Flag, feeble-minded supporters of woke ideology and critical race theory (CRT) have become illogical and predictable—which are often the hallmarks of cases of mass confusion and delusion. But apologizing and promising to somehow avoid unwarranted controversy in the future isn’t leadership. At best, it’s a reality-based puppet show about how cowards follow while pretending to lead. Although, maybe it’s more like a puppet-horror show considering how cowards like Chief Green are setting a dangerous example for future leaders and leadership dynamics.

But let’s be fair and give Chief Green and other clairvoyant cowardly leaders the benefit of the doubt (who knows, maybe they can predict the future and future forms of irrationality). But even so, by allowing others to misinterpret your intent—and tell you what you actually meant—cowardly leaders are permitting fascism. This isn’t hyperbole; allowing others to coercively define your intentions is undeniably a form of fascism. In a free and supposedly democratic society, there should be plenty of room for various ideas, opinions, and interpretations—and no room for the forceful manipulation of one’s intentions.

LISTEN TO THE FULL PODCAST EPISODE WITH DR. CHAIX

Thus, a true (police) leader would have pushed back on any interpretation that coercively and forcibly manipulate their intent.

A true leader would have offered insight to reckon any misunderstanding.

And a true leader would have taken a stand and pushed back against forced misinterpretation.

Nearly 200 years ago, when the London metropolitan police force was being established, key principles attributed to Sir Robert Peel were used as part of the initial “General Instructions.” One of these principles states a rather obvious fact that is often overlooked:

Clearly, it’s impossible to separate police officers from the public or “the community.” However, the police/public divide is absolutely necessary for politicians and attention-seeking protesters considering how both typically scapegoat police officers. So, whenever a police leader apologizes for a misinterpretation—or otherwise allows coercive manipulation of their intent—they are not only demonstrating cowardice, they’re guaranteeing further conflict and misunderstanding.

Let me tell you what you mean…

Aside from the significance of intent regarding crime, allowing supposedly “offended” members of the public to manipulate intent seems a lot like encouraging injustice and surrendering to mob rule. Allowing misinterpretation to redefine intent also undermines some of the basic principles of basic human communication, mediacy, and semiotics (the study of signs and meaning). If interpretation matters more than intent—or if interpretation is allowed to supplant intent—then we’re allowing a new era or irrationality to define us and undermine any sense of common understanding and civility.

Indeed, the controversy surrounding the Thin Blue Line Flag is “a hill to die on” as police major Travis Yates explained. Others have died on that hill sacrificing their lives for the sake of others and public safety at large. And let’s never forget that many died as a result of the violent, criminal actions of others in the “community,” should those who are “offended” ever dare to acknowledge that inconvenient truth.

So, whenever police “leaders” offer apologies about the Thin Blue Line Flag, we must recognize that they are disgracing the legacy of those who have fallen for the sake of feigned outrage. The fact that they may seem to be following orders from their political masters and mayors is hardly a worthy excuse. If for no other reason, we should be demanding an apology for these so-called “apologies”—which disgrace perhaps the most solemn and symbolic act of valor known to every law enforcement officer.

Honoring officers who sacrificed their lives for the sake and safety of others should never warrant an apology—no matter the sign or symbol, or misinterpretations of intent.

As members of the community themselves, police officers should not allow others to misinterpret their honorable intentions—and the signs and symbols they use to honor fallen officers. Police officers should also cast a vote of no confidence—a sign that police chiefs and politicians typically can’t ignore—for their apology-prone “leaders.”

However, all of us—every member of the community at large—bear the burden here. For the sake of democracy and the sake of honor, all of us should be demanding an apology from the cowardly, political-minded “leaders” who’ve apologized for the Thin Blue Line Flag—and disgraced the true meaning of its symbolic meaning and honor.

Dr. JC Chaix is an exert in Strategic Media with an emphasis on exposing media propaganda. This article was originally published on his SubStack.