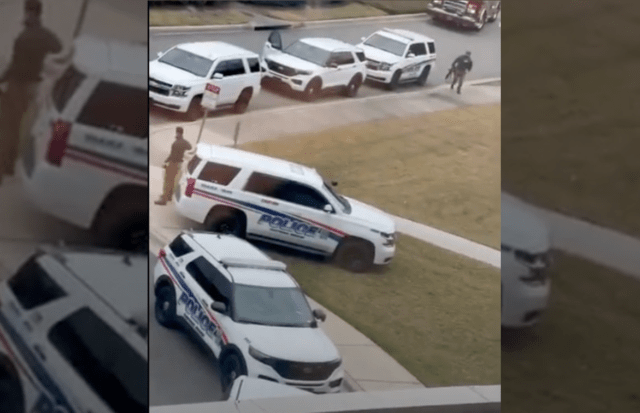 DAYTONA BEACH, Fla. – A woman in Florida fatally shot her terminally ill husband at a Daytona Beach hospital Saturday and then refused to leave his room for several hours, law enforcement authorities said.

The Daytona Beach Police Department confirmed the shooting occurred about noon at AdventHealth. After the woman reportedly shot and killed her husband, police were engaged in an hourslong standoff with the woman, reported the New York Post.

Law enforcement personnel and medical staff evacuated nearby patients, although they did not view the shooter as a threat to anyone else. Officers negotiated with the woman until she finally surrendered around 3 p.m., officials said.

** UPDATE: Female was taken into custody after surrendering just after 3 p.m. ** https://t.co/PD02v3DAa8

“No one else has been injured” during the incident, police said.

The identity of the woman and her husband were not immediately released, but police referred to her as an “elderly female.”