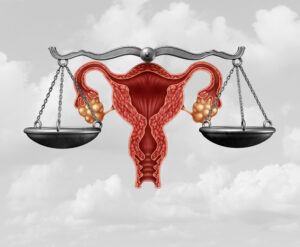 The Supreme Court has finally released the results of its months-long investigation into the leaked draft opinion in Dobbs v. Jackson Women’s Health — the case overturning the right to reproductive freedom in this country. And let me cut directly to the chase — it’s basically a giant shrug emoji.

Specifically, the Court said, “it is not possible to determine the identity of any individual who may have disclosed the document or how the draft opinion ended up with Politico. No one confessed to publicly disclosing the document and none of the available forensic and other evidence provided a basis for identifying any individual as the source of the document.”

Which is at least consistent with other recent Supreme Court investigations, even if it took a lot longer to get there.

You’ll recall, shortly after the leaked draft decision, getting to the heart of the leak seemed to be the focus for many in the legal industry — even in the face of a curtailment of rights that has had disastrous ramifications across the nation.

The report seems to suggest the scope of the investigation was limited to Court employees. Specifically noting, “The investigation focused on Court personnel – temporary (law clerks) and permanent employees – who had or may have had access to the draft opinion during the period from the initial circulation until the publication by Politico.”

Whether the “employees” who were subjected to the investigation includes the Justices themselves remains unclear, and the speculation amongst legal industry commentators is that the Nine were not included in the search for the leaker — and it certainly doesn’t include any of their spouses.

Is this right? Do the justices not count as “Court personnel” or “permanent employees?”

So some of the favorite guesses as to the identity of the leaker remain apparently uninvestigated. Which probably increases those odds.

This may not be a particularly satisfying result, but was very predictable.

I told everybody, from the very beginning, that if the Dobbs leaker turned out to be a Republican, the Supreme Court would somehow never find who did it.

Welp, the report’s out and, what do you know, they don’t know who did it.

Unfortunately, this also means the Dobbs leak will continue to be a favorite talking point for the right. It’s easier for them to talk about a boogey man leaker than the rising maternal and infant death rates linked to a dearth of reproductive health choices.